My life purpose, for many years now, has been the call to peace both within myself and in the world. This has been my focus since I was very young, nurtured in Sunday School on the example of Jesus and his teachings. Then as a teenager watching the Viet Nam War 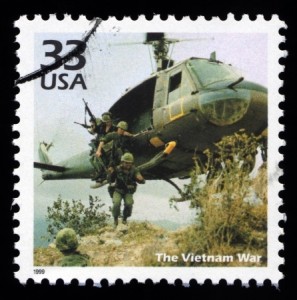 play out, I became ever more fixed in my belief that war does not solve any problem long term; it only creates more problems and then we fight a war about the new problems. Far from my youthful optimism now, I often wonder whether human beings are even capable of peace. Yet over the years I have met actual, real people who are peaceful, people who hold to their vision of good will, a world where the lion does indeed lie down with the lamb. It’s not an easy place to be, you’re certainly swimming against the stream. And I understand that there will be a lot of eye rolling out there. “It isn’t possible, she’s just a dreamer, stupid, harebrained.” I’ve heard all that and more. Yet, I still find myself on the peaceful path, even when it seems hopeless. I seek to understand how peace within ourselves (and therefore the world) can be encouraged, supported and achieved. When I look around me and see all the pain of war – the soldiers dead or brutally disabled in body and mind, the innocent, dead non-combatants, the land ripped apart, the cities in ruins – I have to ask myself why? Why do we do this to ourselves and each other?

The language of medicine is all about war: “fighting the good fight, bravely fighting to the last moment, valiantly facing down cancer, surviving the battle.” Language and action follow belief, the belief that defeating, destroying, scourging, cutting out, burning out, is the only way illness can be conquered. All – war images. The terrorist blowing himself up, the surgical jet strike, agent orange poured on the jungle just like a chemo treatment, all these actions are the outcomes of our belief that only by force can we be whole. Read any obituary when someone has died of illness: “he fought a brave fight against ALS”, “she never bowed to the reality of her disease.” Not fighting is seen as a lack of courage and will, as shameful, where even death is looked at as failure (if this subject interests you and you want to dig deeper, I’d suggest reading: http://blogs.plos.org/publichealth/2013/02/26/the-problem-with-fighting-cancer/).

My experience is that medicine looks at disease this same way, as a fight against the enemy. I heard a doctor once say that cancer was evil. Well, to me evil is intentional – that is there must be an intent to do harm to another being. I put out ant poison when we get invaded. I’m sure if the ants had a point of view, they’d think I was evil  and wouldn’t I be in their eyes? But cancer? I don’t think cancer has an intent except to live and grow and I really doubt it’s even that. It’s just doing what cancer does, like wolves hunting fawns, squirrels stealing the bird feeder, pigeons covering your car with bird poop, tornadoes blowing down the school – random, elemental and beyond our control.

So here I was in 2008, trying to decide what I should do about my cancer. I was reading about visualizing their destruction  (see Visualization in Techniques). But it ran headlong into the core of my being, my belief that all life is sacred, that all life deserves to live, to be honored, it’s God-given and not to be heedlessly taken away, that war isn’t the answer. I SO didn’t want to use the war metaphor, my T cells raining destruction, my NK cells bombing the cancer. 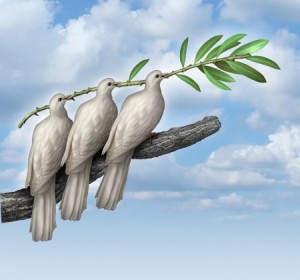 I did not hate my cancer – fear was there, yes, but not hate. At some point, after a lot of sitting with it, thinking about it, praying about it, I realized my whole being just revolted against the war path. But how was I going to not fight and yet live?  How true could I remain to myself in this extreme situation?

After one particularly stormy emotional meltdown, I just found myself talking to the cancer, seeing it in my mind’s eye as another being capable of listening to me. I recognized its right to life but told it that I also had a right to live and that it was hurting me. I offered to share space with it – if it wouldn’t grow, I wouldn’t try to kill it – a detente of sorts. I understood that to keep my integrity whole, I had to avoid going to war against the cancer, to seek a different path. In the end, I did. And I believed for a long time that I was the only one who thought like this and I never talked about it. Then I went to a cancer workshop and listened to a woman who said almost the very same thing. She visualized her cancer as balloons. She would go in her mind to the beach each day and release these cancer balloons into a beautiful, blue sky. I was not alone. Just the other day I read of a lovely lady who believes she loved her cancer away. My experience is that truly peaceful people don’t raise their voices much, seldom push themselves to the front, and give generous time and space to those around them. So our voices are usually drowned out by all the shrieking and anger that our culture currently serves up.  We think we’re alone. But we’re not. If you’re one of us, take comfort in that at least. No, you’re not crazy. Just not quite in step with your culture. Sometimes, after watching television, I find that a very comforting thing.

On the other hand, I also recognize that the warrior path is very natural to some people. When Christopher Hitchens died, his obit said how he relished the fight and how intensely he wanted to battle his cancer. There are so many ways to face this, I can’t believe there is one correct choice. I think it helps in our healing (perhaps not curing) if we align ourselves with our truest self and go from there. I guess what I’m offering you here is my experience with the peaceful way.

I realize this isn’t for everyone, and that’s probably a huge understatement. I also realize that many of you will think I’m just plain nuts. I know there will be lots of people who will be furious about what I’ve said – I’ve already experienced that. We are immersed in a world culture that sees no other way to fix a problem. And I have no idea if my way of doing this helped me live till now or if it’s just a miracle that my beliefs didn’t kill me. I’m certainly not recommending it to anyone – it’s not medical advice. None of what I say is medical advice. For that, you need to see your doctor. But if peace, or the hope of peace, is real to you, know that there are plenty of others out there who are striving for it too, even in the midst of struggling for your life.

Whatever you choose and however you walk this difficult path, may your journey be greatly blessed.