Dreams are simply magical. I remember that, as a little girl forced to nap, dreams were the only thing that made going to sleep bearable. They can be meaningful or meaningless depending on how they’re understood. They are as you take them to be. But the messages in them can be so powerful, true and prophetic, I can’t imagine ignoring them. They link humans to a deep current of life 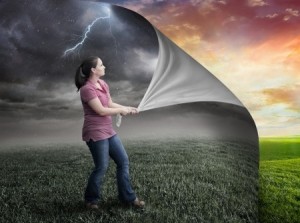 that flows beneath our everyday. Especially at this time, when I was facing such a frightening and life changing diagnosis, my dreams decided to speak very clearly to me.

Dreams became very important to me during those first few months after my diagnosis. A technique I used during the first months (This is quoted in part from the blog post under Releasing) came to me in a dream. I saw the outline of a person with a dark spot where the pancreas is located. In the dream I spoke to the person and said that I was happy and willing for the spot to slide off the figure, knowing in that dream logic that this person was me. I watched as this dark spot slipped off the figure like an egg slipping of a Teflon™

The dream stayed with me for a good week – I would picture the outline in my mind and allow that dark spot to slip off. So I finally decided that it was important for me to find a picture like I saw in the dream and tack it up at the foot of my bed. Every night before I went to sleep and every morning as I woke up, I would look at the picture and imagine the dark spot sliding away. After a very short while, I didn’t need the picture to remind me, I would just see it in my mind’s eye and allow the spot to dissolve. Interestingly, it seemed to me that my dream was asking me if I really wanted to release this spot. After reflecting, I was sure that I did want it gone. In fact, this seemed somewhat silly to me at that moment – of course I wanted it gone. So after I gave my permission, it seemed that I needed to consciously say “I allow this cancer (by this time I was naming the dark spot) to be released from my body. It slides away from me, dissolves away, freely, easily, effortlessly” – I added those words on my own since I hadn’t heard anything specific in the dream, but those particular words resonated with me because of the indelible image I had of the egg slipping out of pan.

Sometimes though it’s hard to remember them. I’d had so much good information come to me through my dreams, that it irritated me I couldn’t remember them better. And then, a friend taught me a couple of neat tricks for remembering dreams. First: when I wake up and that dream is just a wisp of a memory over the horizon, I DON’T MOVE. Keeping perfectly still, I can tease out a little bit of the dream, and when I get that little bit, try for another. And so on and so on. I don’t know the reason, perhaps it’s just leaving the world of dreams and entering the world of physicality, but moving seems to bring me into the present very fast and my dreams got left behind. Second:  sometimes I didn’t think I was dreaming at all. So a friend told me to keep a notebook by my bed and write down everything for a week. That jumpstarted my ability to remember dreams. It also gave me something to do besides worry. Though I didn’t sleep very much for a week.

Salvation is everywhere. The least little thing, like dreams, may have deep and healing messages to give. Dreams give much information that our subconscious or unconscious is trying to tell us, but can’t be picked up by the waking mind. When I was in the terrors right after my diagnosis, I came awake from a dream with the words “ignatia, ignatia”. The word sounded familiar so I looked it up on the internet. There was a homeopathic called Ignatia Amara, and it was used for hysteria, especially in women of a sensitive and emotional nature. Well, hmmm, sounds suspiciously like me. I figured what else could the dream be referring to? So I bought some and used it regularly for a few weeks.When I started getting the jitters, I’d take a dose and within minutes I was breathing calmly again. This is magic of dreams – they will speak to you if you will listen. 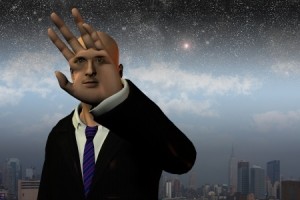 I decided to pay strict attention to my dreams. I skipped the encyclopedias that tell you what a symbol in your dream means.  I suspect each symbol will have a individually specific meaning for every different person. I learned to look at dreams as psychologists look at them: each actor or symbol within the dream is part of my own personality and being. I had some pretty good information come to me that way.

Sweet Dreams to you my friends…