Forgiveness, gratitude and non-judgement are all qualities that I needed to practice in my journey with this cancer. In my experience facilitating classes, I see more people getting stuck on forgiveness than anything else.  To withhold forgiveness wounds you, not the other person. Someone once said not forgiving is like drinking poison and expecting the other person to die. It doesn’t work.

The forgiveness comes from a heart that can no longer stand to be closed to itself or anyone else, a heart that values freedom more than it wants to disguise its pain…..Stephen Levine A Year to Live

So why is it so hard to forgive? Well, sometimes we have to admit we’ve been wrong and that’s hard for some – most – people; I know that my own pride can get in my way sometime, so I’m sure others are dealing with that too. Then some acts seem pretty unforgivable, especially horrible things done to innocent beings. Here’s what forgiveness isn’t:

It isn’t erasing the deed

It isn’t an OK for further mistreatment

It’s not for the other person 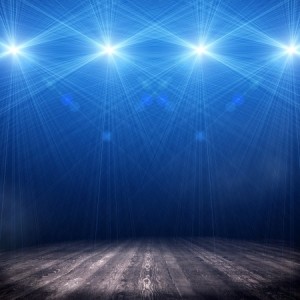 I learned a wonderful technique of forgiveness from Stephen Levine in A Year To Live. He emphasizes that the mind really isn’t the place for this process – it’s the heart. So here is how I began a forgiveness practice: first off, as always, I’d say a little prayer, just a small one asking for help and clarity.  Then I’d do some relaxation breathing, slow myself down for awhile and when I was good and releaxed, I’d imagine a stage in my mind’s eye. I’d begin by inviting those I had wounded to come on to the stage, one at a time. Since I’m such a visual person, I could always see this, but friends who aren’t have found that there is a definite sense of that person. Then I would simply say, please forgive me for…..Sometimes it was something minor (to me) such as “I’m sorry I talked behind your back,” “I’m sorry I never paid you back.” “Please, forgive me.” Occasionally I was surprised by the person answering me back, but generally I felt just a wave of forgiveness washing over me. Sometimes I didn’t feel anything. Maybe I wasn’t forgiven by that person, or maybe I just wasn’t feeling anything. Whatever the outcome, I would pause for a little while and then move on to the next person I needed to ask forgiveness of. Generally, these would come spontaneously into my mind. I think we all know who we need to ask forgiveness of, even if it isn’t on our minds most of the time. I always started with the easy ones, the things I could give forgiveness for without causing me pain. Gradually I would move on to the harder ones; this held true for both giving and receiving forgiveness.

For me, that was my most comfortable place, asking for forgiveness. Eventually I moved on to forgiving those who had hurt me. This was a somewhat more difficult place for me, because you never know if these people will even show up on stage or what they will end up “saying”. It also dredges up old memories that can be painful or hard. It was the same process, seeing them on stage. This part eventually became a little easier for me when I 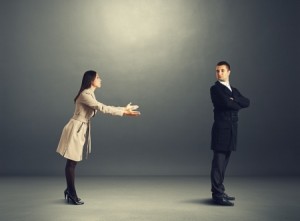 realized it didn’t matter what their reaction was. I could still forgive them. By forgiving, you are granting yourself the peace of disengagement from that hurtful person. Sometimes someone will say I can’t forgive this, it is unforgiveable. Then I think back to the phrase, never just takes a little longer.

When I was comfortable with both giving and asking forgiveness and had established my practice, it was time to forgive myself. Whoa. That was a hard one. Raised as I was, it seemed preposterous to me that I could forgive myself. Maybe I wasn’t worthy of forgiveness, maybe I was so horrible that I shouldn’t be forgiven, maybe I don’t have the power to forgive myself, maybe that resides with the other or Spirit. Maybe it’s impertinent to forgive myself. These are the thoughts that came up for me. Other women that I’ve done this exercise with had similar feelings, varying only by life experience. But people will experience this according to their nature. Some seem not to be bothered by forgiving themselves at all, and I hope you’re one of them. It must be much easier. At any rate, it’s the same practice, the same stage, the same forgiveness. This one takes us back to actions or thoughts that shame us, that we may have pushed way down in our consciousness. For me, it always involved asking for forgiveness again from that person or being, and then asking for forgiveness for myself. I wish I could tell you that eventually I ended up being able to grant myself forgiveness; sometimes it would occur when what I was forgiving seemed minor. But mostly my experience is that when I ask for forgiveness for myself,  I feel a wave of forgiveness that I see as Spirit intervening. I’ve been told that really it is coming from me but I’m not sure. At least it comes.

So how to do establish this as a regular practice? I have suggested in the Gratitude entry that expressing gratitude once a day at least, either in the morning or the evening, is very healing. I found it effective to alternate these two practices. Gratitude in the evening, say, and forgiveness in the morning. The forgiveness exercise can be deeply emotional, so it was better for me to do it far from bedtime, usually in the morning.

Part of this work may entail grieving. Some of the wounds we have suffered are deep and abiding and to say “I forgive” is simply not possible until the sorrow we feel is expressed, or at least felt. If you have been deeply wounded by something like abuse, then it would be good for you to have support, either professionally or through a circle of friends while you are grieving. It’s always best to be able to fall into the arms of someone who values you when the pain is acute and it looks like a long tunnel ahead.

They have taken so much. They have destroyed temples, burned our texts, disrobed our monks and nuns, limited our culture and destroyed it in so many ways. Why should I also let them take my joy and peace of mind?…..Dali Lama